Not quite another August

Ok so the bad stuff first.
I don't smoke and I don't drink. The stop smoking was forced on me by Angina but it was something I have wanted to do ever since I started!! Unfortunately because of all the other health problems, I have  not gained any benefit from it other than saving money and  not having the smell and the mess and of course making my health worse. The drinking I just don't enjoy, like anything else I drink and most foods thanks to the drugs I now take they mostly taste pretty rubbish, the Sutent leaves you with this horrible Metallic taste that effects most things you eat or drink. Talking of Sutent I am now in my sixth month of the drug. I had my first CT scan since I started, a couple of weeks ago, this was all very positive showing a reduction in the various lumps and Tumors I have, to be honest every time I get a report I seem to have extra lumps in different places, Kidney, Lungs, Chest, Face,Neck and now Abdomen, anyway they are all smaller, yes it is great news but I am a little wary as two years ago the Clinical Trial showed a reduction in the first year but after that everything started growing again, but the idea of the Sutent is to give me more time which it is doing.
Ah the side effects! Yes I am very lucky, many people are literally going through Hell I am only on the Stairway to Hell! Unfortunately I thought as my body got used to the Drug the side effects would get less but it seems to be the other way round. It is getting a bit predictable, I am two weeks of taking Sutent daily then I have a week off then two weeks of taking drug etc. Second half of  week off not too bad, sleeping ok fair bit of energy but food and drink a bit grim, first week on Sutent much the same second week on Sutent it goes to pot, no sleep, no energy, everything aches, food is rubbish, covered in spots, skin is sore and itchy,spend half the time on the toilet, horrendous stomach pains and nausea to name a few, once I am on the week off this all improves very quickly so in general half the month is ok and the other half a bit rubbish. 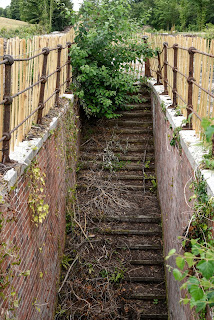 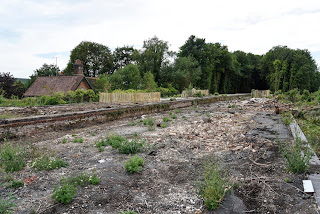 Singleton Station last saw regular passengers over 80 years ago after a lifespan of little more than 45 years, it is amazing anything has survived and now recent clearance of the trees has exposed the derelict platforms for the first time in several decades. All to do with an extension of the Centurion Way a cycle/pathway which runs north from Chichester in West Sussex, hopefully the site will not be sanitised to heavily. 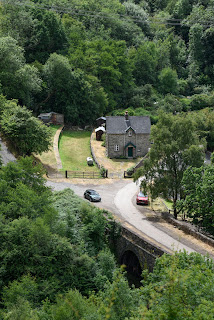 Clydach Station on the Heads of the Valleys route between Abergavenny and Brynmawr is up for sale 325K. The fella who lived here did so from when his parents bought the station from British Rail in 1958, one of his brothers who has inherited the station was born here 60 years ago but sadly won't be moving in, so the whole history will end. Apparently a railway enthusiast interested in purchasing the station wanted to move a train of sorts to the site until it was pointed out it would be rather difficult with the local roads the only way would be to relay the track to Aberavenny!

Just to show that the big C isn't stopping me getting out and about, another explore has been a little closer to home, Dingle Station on the Liverpool Overhead Railway, although in typical railway confusion, Dingle Station is actually underground! 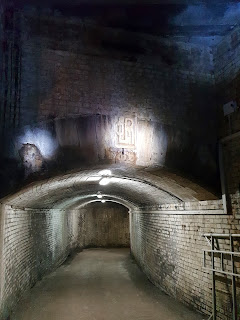 The letters LOR can still be seen above the passenger subway to Dingle Station. The station site and part of the tunnel was used for many years as a garage, but a serious collapse in the tunnel closed it a couple of years ago, a large concrete wall has been built to support the houses above but its days as a business are over. 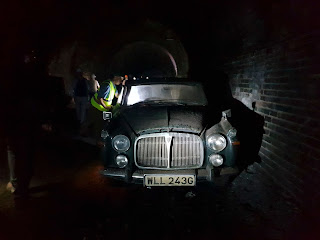 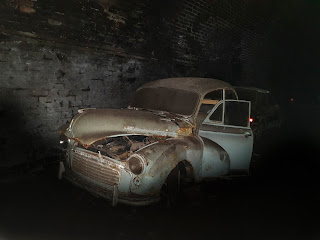 Dingle Tunnel is home to a fascinating collection of old cars which are in a varying degree of decrepitude.