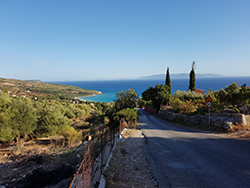 Just back from a week in Kefalonia, 30deg and wall to wall sun. The first time I have been to Greece in 15 years and the last time was to Kefalonia as well, although that was with my wife so a little bit different.
Such a beautiful and unspoilt island, if you want some serious R n R, kefalonia is the place to be, lovely people and great food as well. 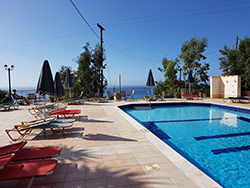 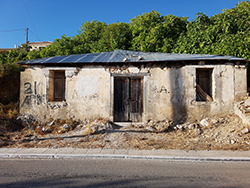 As you can see from the above photo I still managed some abandoned buildings, although no disused railway lines, but to be fair Greece is littered with old buildings either half finished or half demolished, they do add to the charm of the place.
A bit of a shock adapting to the miserable UK weather and the following day from landing in Manchester I had my treatment at Clatterbridge Hospital, only three holes from needles and one big bruise so it could have been worse. My temperature has been a bit low at 35deg, I blame it on returning from holiday, but I will have to keep an eye on it. I have a lump that appeared on my cheek around the time I started my cancer treatment nearly two years ago, the blooming thing bleeds regularly and when it starts it won't stop ( I have just had to put something on it as I realised I had blood running down my face). My consultant wants it tested to see if it is do with the cancer or the treatment, then I will have to see a plastic surgeon to have it removed. Some days I get really fed up, as each week brings a new problem, but fortunately the bad mood doesn't last and I think what the hell worse things happen at sea, and besides its Autumn and that means all the undergrowth is dying back so the Tunneling season is upon us! 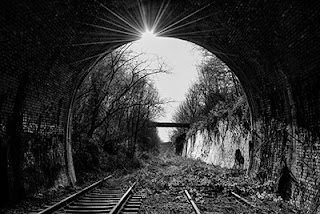