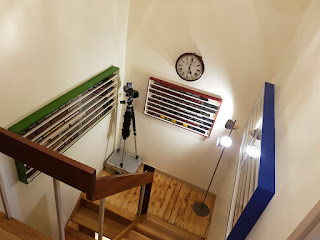 So how many model trains does one person need? Obviously very many if I am anything to go by. 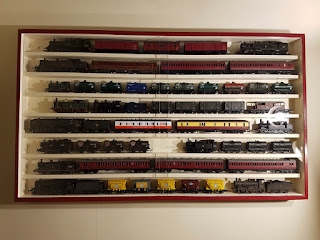 Another display case should join these this week and as I already have two display cases in another room I think that will be enough for the time being, apart from new releases, quite a few of which are planned for this year. 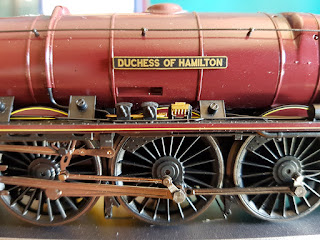 Gorgeous day today although just a little on the nips side, I managed to paint some planters and the garden gate, erm, the colour was supposed to be red but it looks a little pink to me but no matter I think I can live with it at least its a bit of contrast. 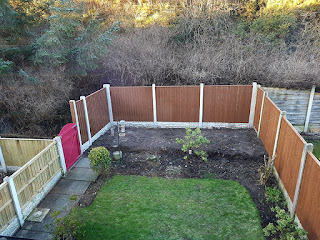 Finish painting the fence some brown on the small fence in the front garden then its get the soil dug and all the debris removed put some plants in, bit of pruning in the front garden next month when the worst of the cold weather has gone, small bit of decking in the back garden when I have a mind for it and that will just leave painting the garage door, amazingly apart from what I decide to do in the loft that will be the whole house and garden finished. Woo hoo!

Courtesy of https://www.jonathanschofieldtours.com/ I spent a very enjoyable couple of hours walking around Mayfield station, it was nice to do it without all the agro of climbing fences and dodging security. Mayfield is a very popular destination for explorers, unfortunately it is getting harder these days to get into sites as exploration is frowned upon by the powers that be, and often buildings are demolished as soon as they become empty to stop Arson and other stupid acts. Mayfield was going to be demolished a year or two back and sadly most of the Canopies were cut back but it gained a reprieve, the latest developers have plans to incorporate some of the building in a regeneration project with the usual apartments ,shops and green spaces. While this is all very laudable, the site should never have been sold and should have remained in railway ownership, something akin to selling the family silver!
Piccadilly station is hopelessly over crowded, by both trains and passengers, especially the two through lines which form the main Manchester-Liverpool services, if anyone has had the misfortune to travel on the Trans Pennine Express trains they will know exactly what I am talking about, incredible that today's Health & Safety regime means that you can't sneeze without someone ready to take control and whisk you of to hospital yet train operators are allowed to force passengers to use platforms and trains that are dangerously over crowded. This is in 2018, what will happen in 10-20 years time? Mayfield could have been the safe guard for the future, through platforms built to ease the congestion at Piccadilly, dedicated platforms for London trains! Of course this would all have cost a colossal amount of money but so will the proposed development, unfortunatey a railway station would not generate vast wealth for a handful of people.
This country puts profit before anything else and the powers that be are incapable of looking at the bigger picture and to the future, but then politicians and developers are not interested in the future as that will become someone else's problem, funny really as that's exactly the way it was in the 1950s 1960s.......

After over four months I have been out cycling, quite a big achievement and quite pleased with myself.
Nearly a month since I had my Heart operation and the stents inserted in my Artery, a bit grim at the time, I spent a night in Manchester Infirmary, not the nicest of hospitals, way to big and too many people trying to do too many things and then forgetting to do many of them. Of course I managed to pick up the fly bug while I was in there so the next couple of weeks when I should have been recovering I was in a very bad way feeling very rough, the worst part about it was I had no idea if the operation had worked or not, as I was so short of breath presumably from the flu that it was a good couple of weeks before my breathing settled down and it became obvious that the operation had been worth it. I still get a little short of breath but nothing really to worry about and I have had no feeling that I might get an Angina attack, hence why I started cycling again, it will take some while to get reasonably fit as I have no strength in my legs but its a start.
My Kidney functioning has been gradually deteriorating, quite a noticeable difference between November and January, unfortunately the Angiograms and Scans put a lot of pressure on the Kidney as the various contrast agents that are used do not do it any good. I have a CT scan in a couple of weeks time but it will be without contrast agent, it will be the first CT scan since I stopped the treatment back in August and I am not very optimistic about what it will show, the Clinical Trial treatment may have stopped shrinking the Tumours but it had stopped  them growing, the lump on my face that I had Radiotherapy for last month has grown quite considerably since August so much so that I am very wary of being seen around people as it really is gross now and I certainly can't go out without trying to cover it up, I am told that thanks to the Radiotherapy it should just drop off, but it is taking its time and its not nice to see it in the mirror each morning, it looks like something out of a horror film, and I have to be very careful now I am on blood thinning meds as once it starts to bleed it wont stop and it gets very messy. 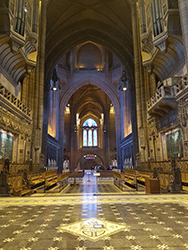 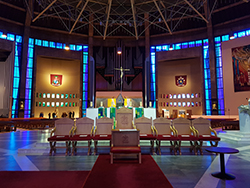 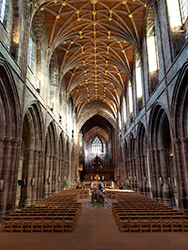 My sister came to stay with me the other week, it was probably the longest we have spent together since we were kids and we had a great time, she has been so good to me since I have been ill and we get on so well and have a lot in common that I think neither of us realised. Her visit was very well timed as I was just starting to feel almost human so we were out most days and the walking and fresh air has done me a power of good. She is very into churches, so we visited a couple local that I have never been in and also managed three Cathedrals in two days. While obviously the buildings themselves are fascinating we also got a very warm welcome, Patsy has a habit of talking to anyone and everyone so we met some lovely people and while I am not particularly religious I do have a very open mind and enjoy talking to new people about their experiences.
I have to say I do feel the best I have felt for a year or more so I have many plans for the near future and quite a few expeditions planned, a few days in North Yorkshire this week a couple of trips to Glasgow and some local explores. My camera has been rather underused this past few months.