I have managed to visit Glasgow seven times over the past eighteen months, the main reason being to photograph as many of the thirty or so disused railway tunnels as I can, also any other railway relics of the past and while I am there to get to know the city a little better, you really don't have to go far from Central station to find some interesting locals ready to talk about their city. 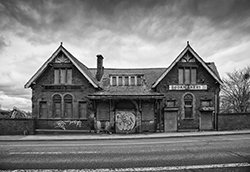 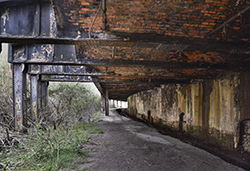 Like everywhere Glasgow has changed hugely in recent years, but there are still dark corners to find if you look hard enough. My previous visits over the past forty years were confined to driving through or on the train and walking from Central to Queen St, although I did once stay at Central Hotel, I don't think I would be able to afford it today.

I have created some pages on my website with maps and photos etc of my walks around the city, I think I manged twenty six tunnels, and with a few exceptions I got to both portals, some tunnels have now been long buried and a few have been recently buried under construction works, but some will remain for as long as the city remains as a reminder of another world gone forever.

Glasgow and its Tunnels