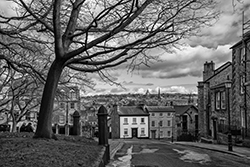 
I moved to Lancashire permanently a bit over three years ago, technically I live in Cheshire but historically Warrington is in Lancashire, as my old friend Alan would often remind me, can only imagine his reaction when the County boundary changes came about some years ago.
Being born in London and living in the Sussex, Kent and Hampshire, and technically Dorset (more boundary changes) the North West is quite a contrast, both in the landscape and its people. I know there is always something new to see wherever you live, and I do still love walking the streets of London, but moving to the North West has given me so many opportunities to see new sights, and I am only105 minutes from London courtesy of Virgin Trains, also Manchester Airport is only 20 minutes which will be very handy when I fly to Hawaii for a month in February, but that will be a whole new story. 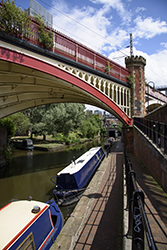 Rochdale Canal, Manchester
Talking of places to explore, you can't go far wrong with Hebden Bridge in Yorkshire, and if Hebden is a little touristy, take a walk up the hill to Heptonstall, gorgeous unspoilt village in Calderdale. 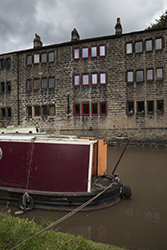 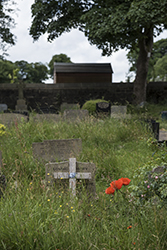 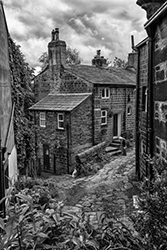 4pm and the lights are on, and the heating, as it is a little bit chilly.  That time of year again, at least I will now be able to catch up with my Blog and website, find it very difficult in the summer if the weather is nice to sit on the PC.
Although the days are short, the winter is the time for exploring, as the undergrowth dies back and the trees lose their leaves, so abandoned tunnels can be got to and seen a lot better, the downside is the mud. By their nature disused tunnels are very damp places, especially in winter.
I have been to Glasgow four times this year, I am on a mission to photograph all the disused railway tunnels in the city, around twenty, and I have probably done half of them. 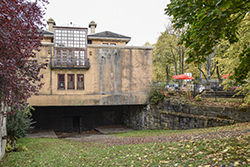 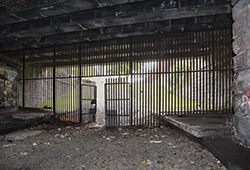 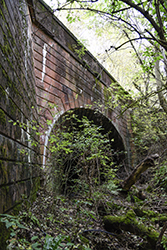 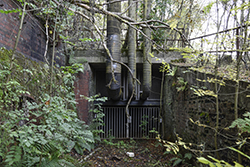 There are a lot of Kelvins in Glasgow, Kelvinhaugh, Kelvinside, Kelvingrove, Kelvindale to name a few, I am starting to learn my way around the city, having only really passed through in the car a couple of time and on the train a few times. The Kelvin river near Dawsholm, is a fascinating area, with the remains of at least five railway viaducts. 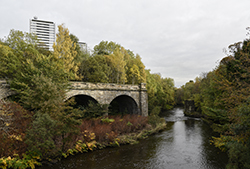 Dawsholm Branch Bridge over the Kelvin
I am now in my tenth month of taking the Immunotherapy Drug MPDL3280A or Atezolizumab as it is now known. Scans so far have been very positive, with a marked reduction in the size of the Tumours, and my consultant has even gone so far as to say that if the Cancer is cleared from my Lungs and Chest they may consider operating to remove the Tumour from my Kidney. This is of course amazing news. Next month will be three years since I was diagnosed, and around eight years since I contracted Cancer, only a year or two earlier and I quite possibly would have died by now, I really am so fortunate with the timing, that there is now treatment for Kidney Cancer that works.
The side effects have taken there toll, I had a break from treatment in August for around six weeks, I was really struggling, the various aches and pains were to numerous to mention and I suddenly felt like I had aged twenty years, and the lack of sleep was driving me mad. After the break it has been better , mainly with the sleep, it is problems with sore feet and ankles that are my main problem, I wish I lived in a Bungalow as walking down the stairs first thing in the morning is very difficult and painful, once out and about its not so bad, and I do try to continue walking a lot, although I suffer for it the next day. 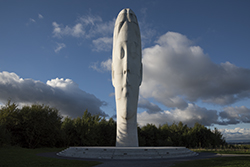